Creating a playlist visualiser with Pillow and ffmpeg

Some videos of the finshed visualiser in action:

Not to mention that this was also a perfect oppertunity to tinker with image libraries such as PIL or the more recent Pillow based upon the fomer for the first time, for use in more projects down the road.

Essentially, I would loop over all files in a given directory, let’s say /music and build my own tagging api (which can now be found here!) to tag all the images and make a nice representation of a song in succession like so:

Once all the songs where tagged and made into a central Song class with the tagging attached, I looped over them and used the aforementioned Pillow library to generate an image for each one – including an optional background image of my choosing.

My first semi-successful test of this playlist generator was this screenshot of a rendered Radiohead album: 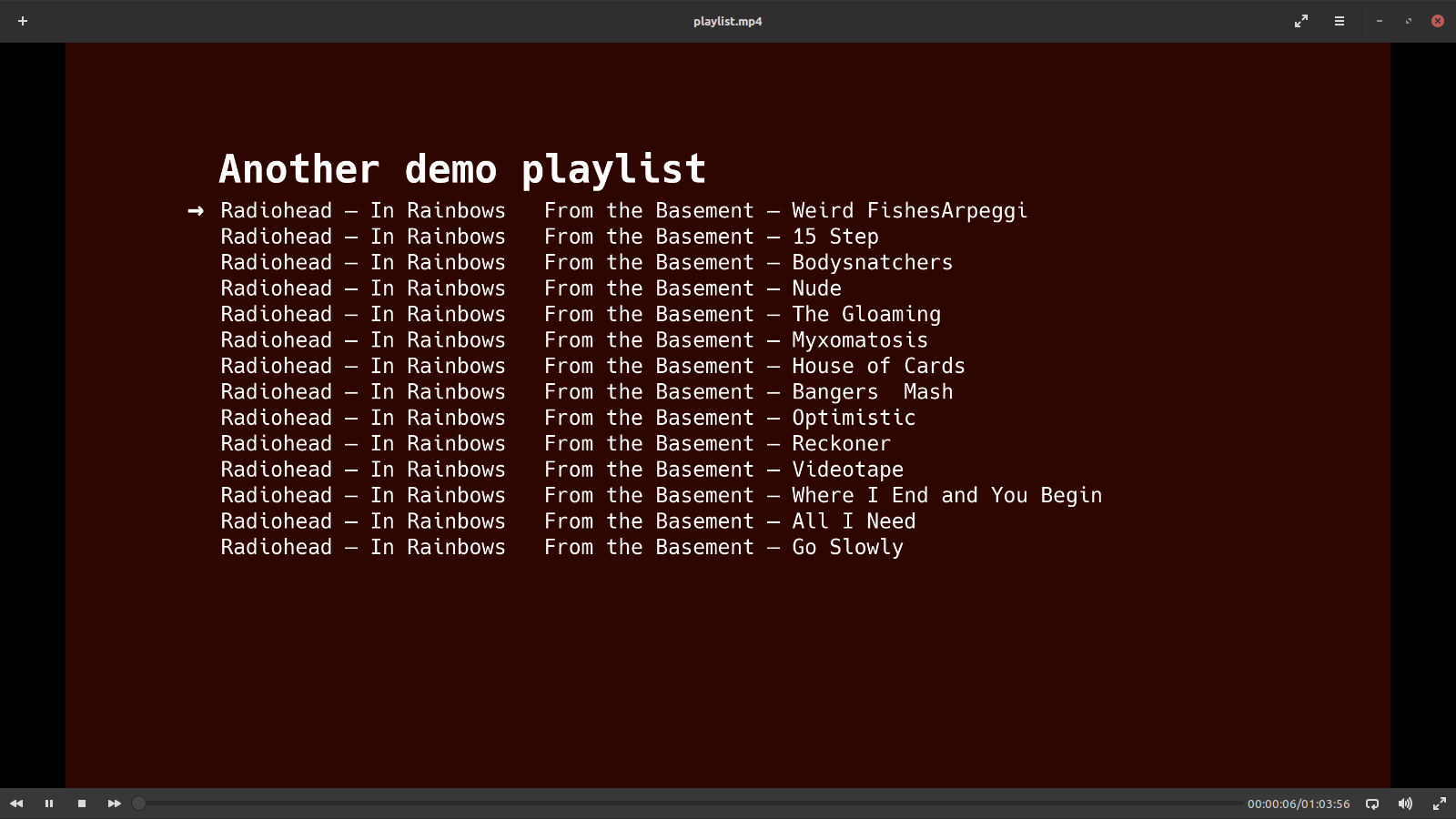 As you can see, I had the basic fonts and layout working – along with a little indicator which shows the active song which shows as the song in question is playing once generated.

There is some descrepencies and parts that don’t look great on this render though; for example, the title font is too large and bold as compared to the rest of the image and the text that goes from “In Rainbows” to “From the Basement” has a strange double-space.

Once these issues where found, I fixed them with a simple font change to un-bold the font and a regex fix to match some edgecases in the tagging api. Eventually, I also fixed the tagging api a little more to fix when the album name is the same as the song name which is caused sometimes by strange file metadata.

I also added the option mentioned in the previous section(s) to add a background image, which made the resulting visualisation much nicer, resulting in the image you can see in the Videos section at the top of this post.

The script, now called “mkplay”, is quite easy to use and can be seen/downloaded on it’s github repository:

This program was fun to make, though it does render quite slowly due to it making a single still image into a 1fps stretching over an hour long (making the render time ~10 mins). The Pillow library was suprisingly easy to work with and I did have some initial trouble with ffmpeg due to the lack of documentation, and lack of brains on my part 😄

That’s all for now!